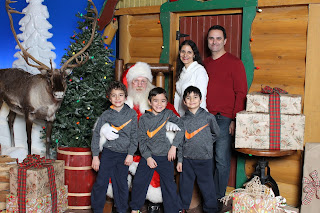 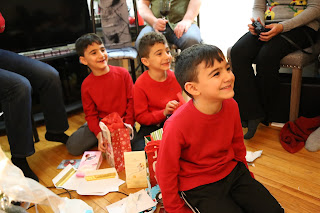 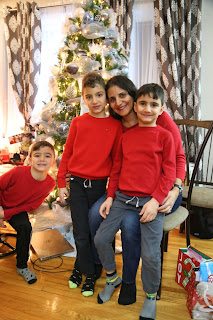 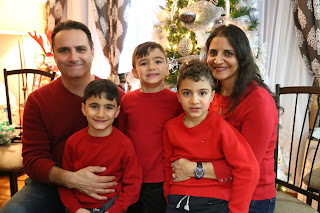 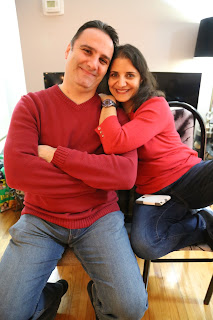 So this happened this week.... 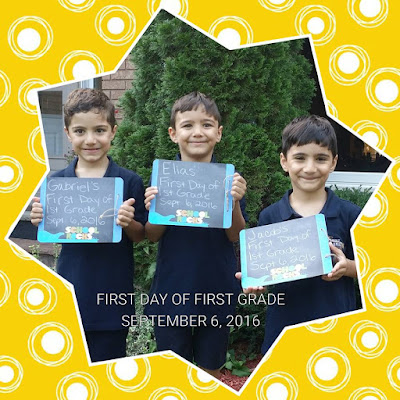 Luckily we all survived pretty well even with me starting this school year with a job. Here's hoping the rest of the year goes just as well!
Posted by Unknown at 23:30 No comments:

Okay so I blinked, and it's almost July again. What the heck?! Craziness has continued in our household by adding more thing to the mix - me back at work. It started out part-time, gradually increasing hours though. Which is nice. It's nice to be amongst adults again & it's very nice to be earning a "paycheck" again. I became an independent consultant for Jamberry last March and it was one of the best decisions I made. And now I have more money to feed the habit HAHA. 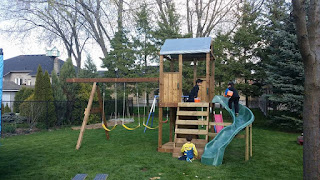 The monkeys are still monkeys with additional play equipment. Hubby built them a really nice play set (sold the last one). All the ones that we could have purchased in the store seemed to be too short so he designed one last year (worked on it for a while, pricing everything) & finally got it built. The only addition you can't see in these pics is the wall climbing structure in the back and a zipline on the side.

And just like that it's next to the last day of school and the monkeys are on their way to first grade....how did that happen so fast? My boys have been on a shark kick lately (mostly Elias but they're all playing a shark game on their tablets). It was play day at school and since we just got these shirts on Sunday they were begging to wear them. Purely coincidental that it's shark week on the Discover channel :D 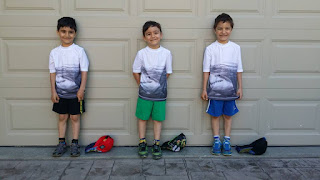 Okay, so when did this happen? I blinked, forgot about posting and all of a sudden it's JULY! W.O.W.

The boys finished their first year of school with some great experiences. We went on a field trip (Tuesday before school let out) to the Safari Zoo in Fort Erie (one we've been to before). It had some more fun for them than the last time we were there. They added some big pillow jumpers and some other rides that my boys loved. I was very thankful I brought our folding wagon and put all our bags and lunches in it. I had one additional school kid with me. I decided to get the jumping out of the way from the beginning so we could go see the animals. That turned out to be a smart decision because the sun had a chance to "warm them up" and they were super hot when they tried again in the afternoon! My group caught up to the teachers a few times and since we were beside them when they were on their way to the buses, they took my 1 school kid. Since I drove myself to the field trip, I got to keep my kids and enjoy the rest of the park. Just being there from 10-something to 1pm didn't seem enough for me (especially considering the entrance fee!). I took them to the splash pad and they also got to play on the little roller coaster and a few other rides they had.

G decided he'd had enough of the rides and wanted to play with these big chess pieces they had. His brothers stayed on the rides. After a few minutes he told me he had to go to the bathroom really bad. I told him to wait and that I had to tell his brothers to wait for me at the rides (not too many people so I wasn't worried. They could have just kept going on the rides). As I was telling E & J that I was headed to the bathroom I looked back & G has already pulled his pants down and was peeing on a tree. I started laughing and so did a few of the other parents. One of the moms even said "not anymore!" (not headed to the bathroom anymore). I apologized but what can you do when a 4 year old has to pee? After that we went and played in the big sandbox. We're usually rushing through so they don't get to play for long but this time I let them do as they pleased. I sat and chatted with a fellow mom and they ran around and played. As we got ready to leave around 4:30, we let them go on the balancer for kids. They really enjoyed that! 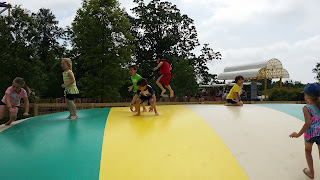 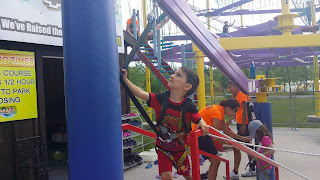 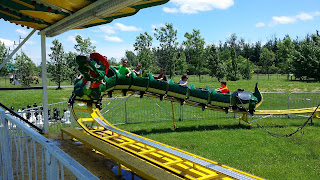 A few days after this, school was over! 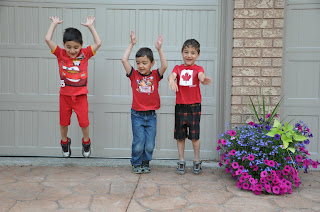 I felt horrible the day after school was out so I went to the walk-in when lo & behold I was diagnosed with a double-ear infection, throat infection and chest infection. Y.U.C.K. I was thankful I was put on antibiotics and started to feel better before we headed to my parents on July 2!
Posted by Unknown at 21:48 No comments:

Six months into the school year and E finally tells me this morning that he loves school! I'm sure that opinion will change day by day but at least we got one :)
Posted by Unknown at 10:18 No comments:

On Monday February 2 we got about a foot of snow between the night before and about 11 the next day. For this reason, many schools were closed and even some city offices. I was beyond thrilled not to get up as early since I'm still recovering from the small flu (last week) & (ongoing) sinus infection. Mike even stayed home from work. Our subdivision had many snow squalls on both sides of the street and I doubt any of us would have been able to get out of here.

Luckily, it wasn't as bitter cold in the afternoon and the winds finally died down enough so we could go shovel outside. Man oh man. It was high! 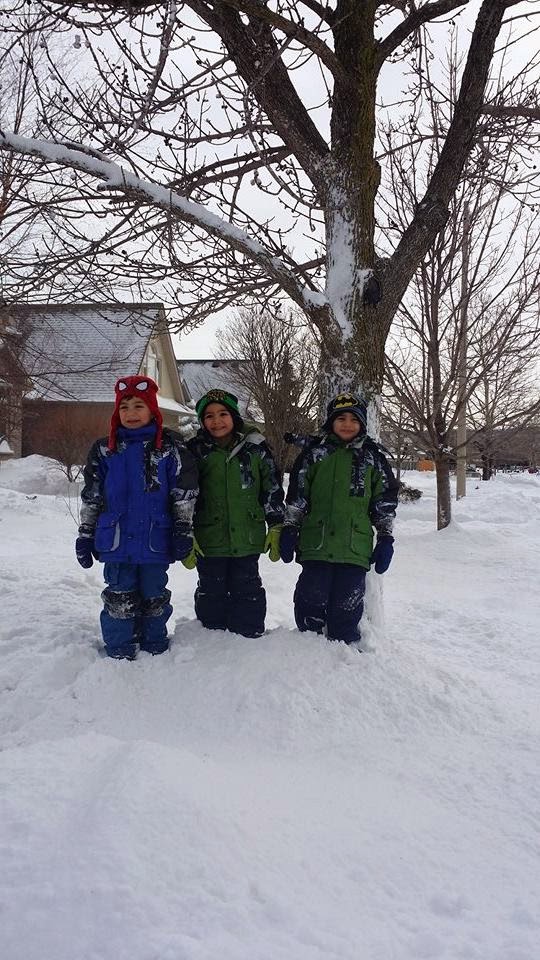 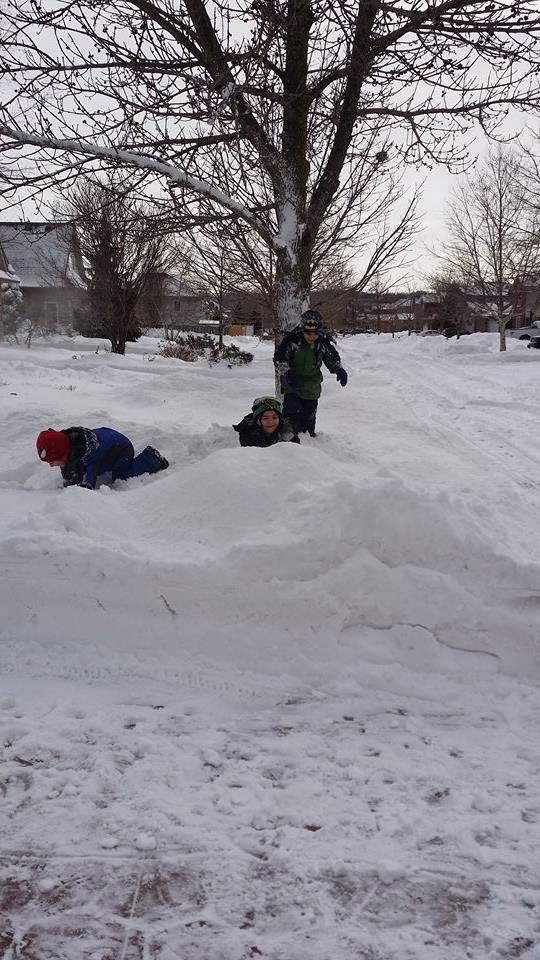 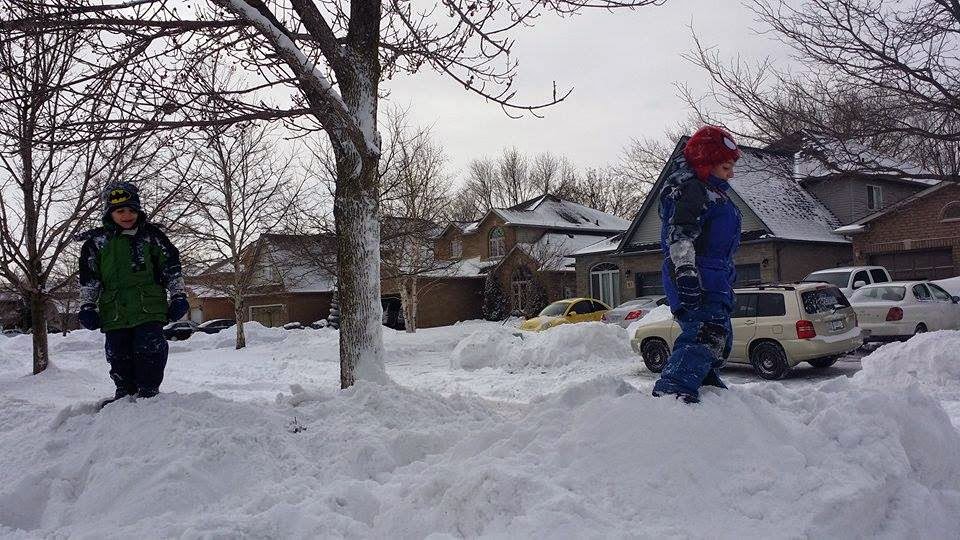 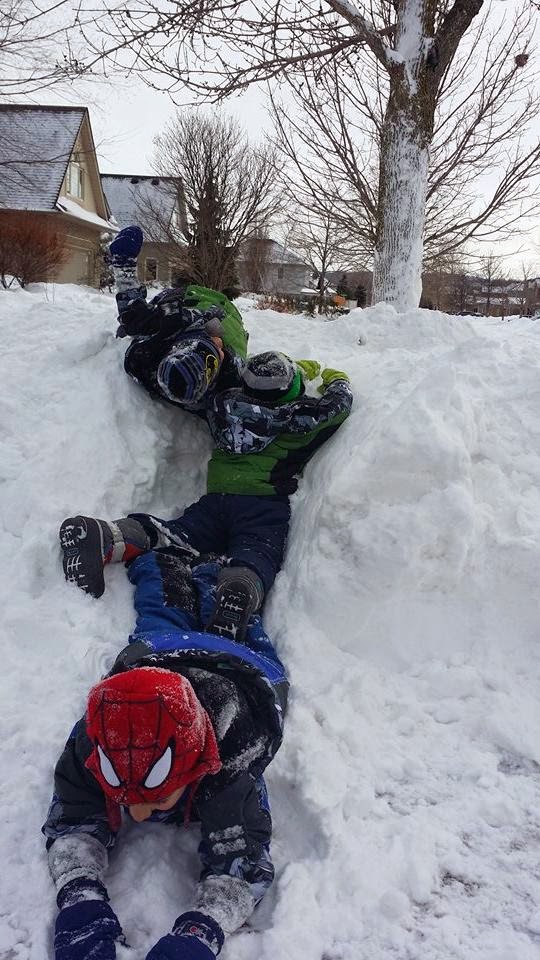 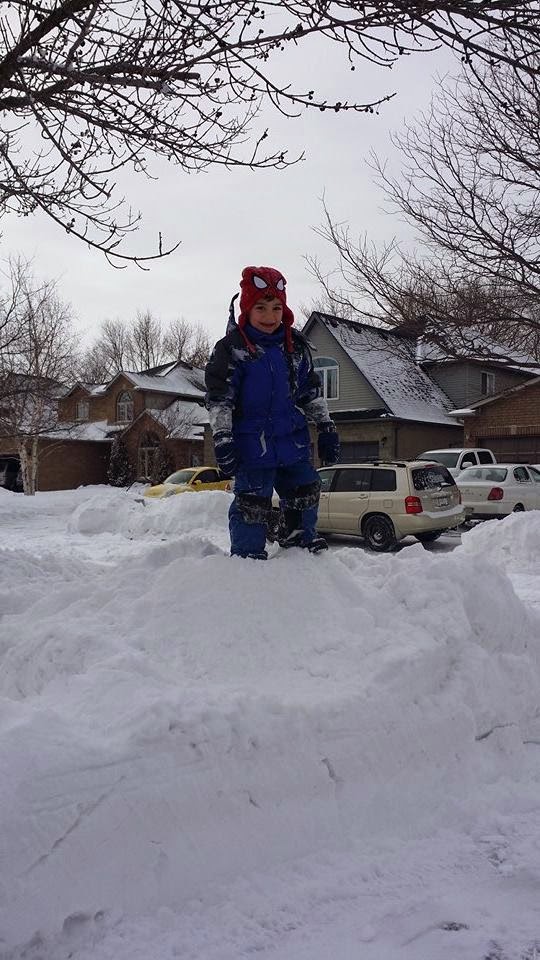 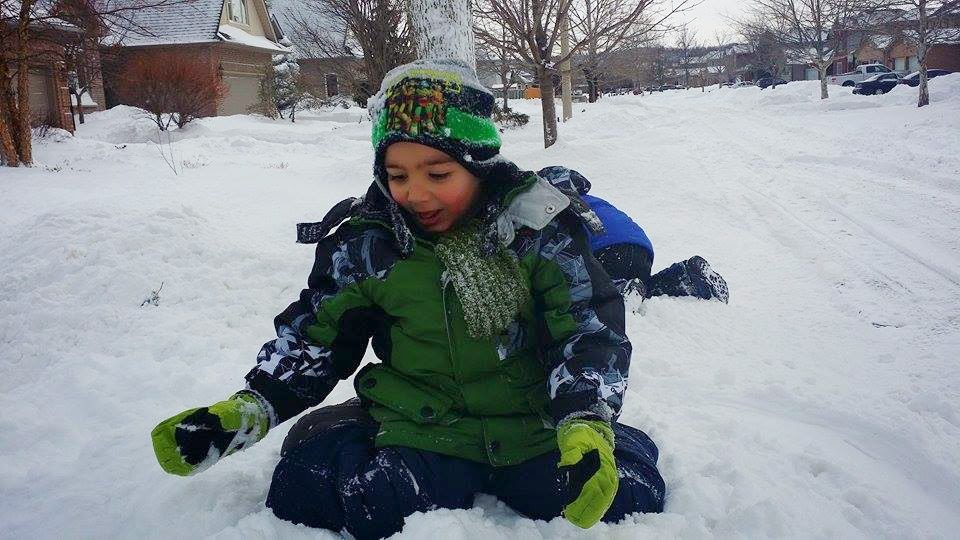 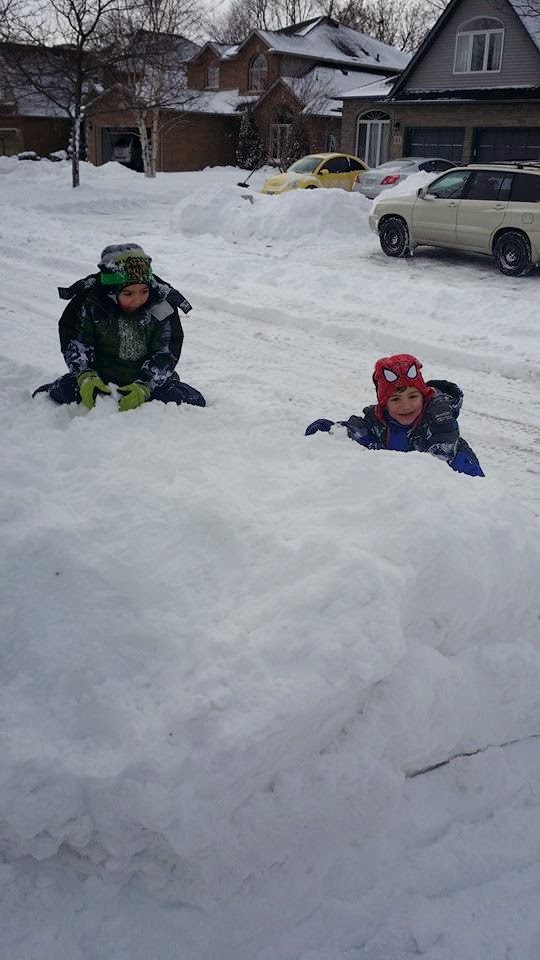 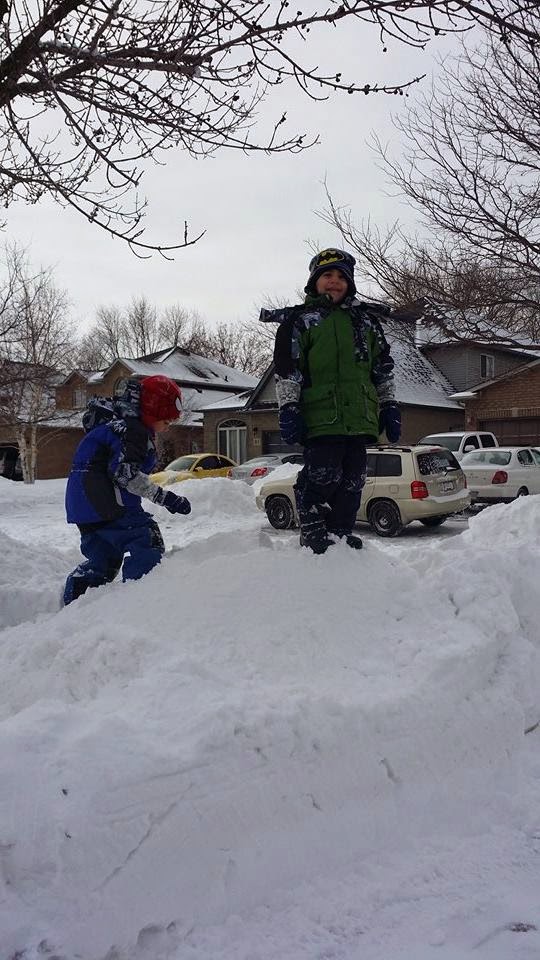 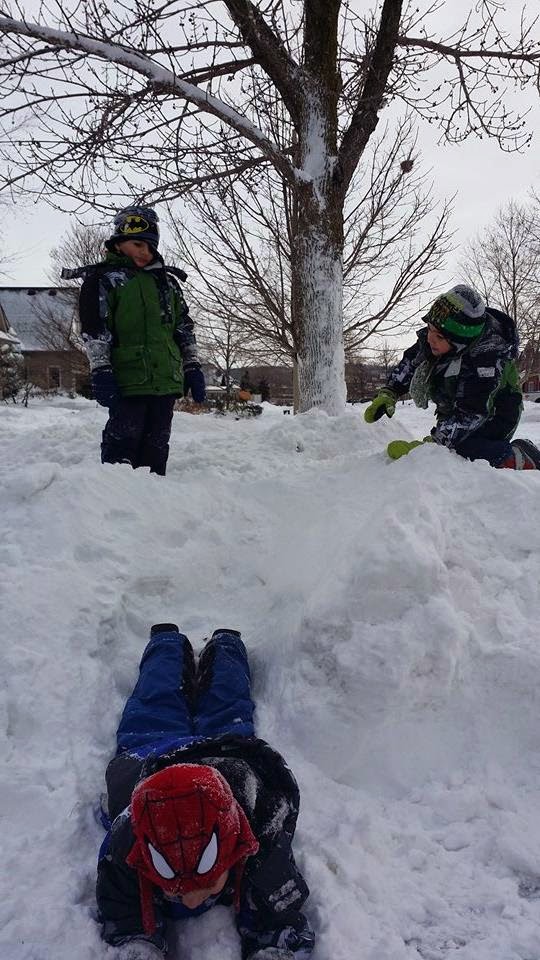 Aside from the fevers/chills that wouldn't end Christmas was very nice this year. First of all, the boys are way more into it than any previous year. I almost caved several times and let them open some presents. We did agree to let them open the ones from my parents/friends on Christmas Eve to appease them a little until the next morning.

Rima (Mike's sister) got to visit for Christmas with her husband and son this year which made it all the more special. We had dinner Christmas Eve and then Rima & Greg stepped out for Midnight Mass but because of all the waking up every night I was just too beat to go this year. We set out Santa presents and Rima set out all the things that she brought. We didn't make them wait too long that morning before they got to open the gifts. 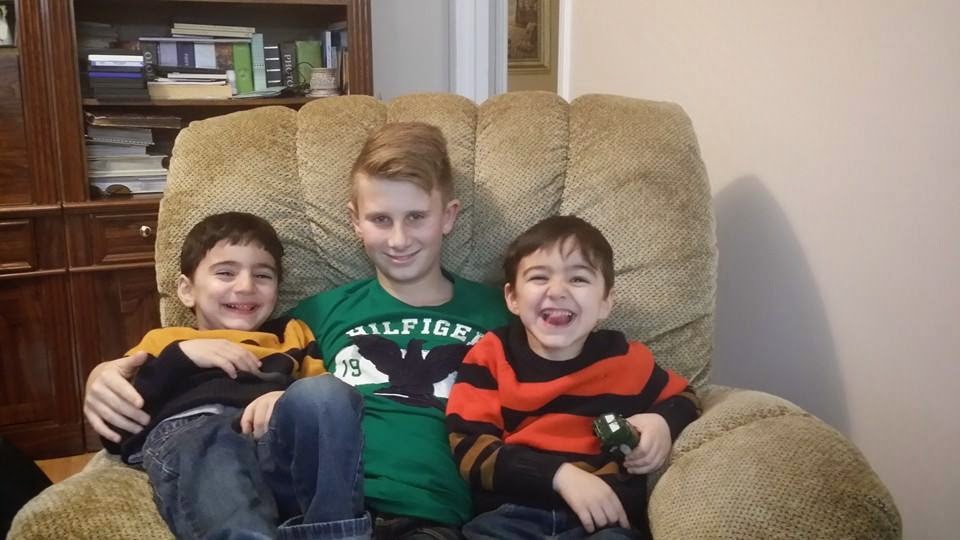 We ended up sleeping in the same house for 3 nights which was very nice. We didn't have to worry about leaving and coming back, we could sit and watch movies as late as we wanted and wake up & have breakfast together the next day. We were able to get some nice family pictures too. The first time we tried to take a family picture, G wasn't there (which we didn't notice at first). Everyone came over to the stairs and we set up (I kept thinking there was something wrong) & I put the timer with 9 shots. I went to check on the pics and all of a sudden, G came from the dining room (he was busy playing his tablet in the kitchen and was oblivious to the commotion in foyer) and turned the corner and just looked at us sitting on the stairs. All of us broke into "Gaby!" and started laughing, not believing we did the pics without him. 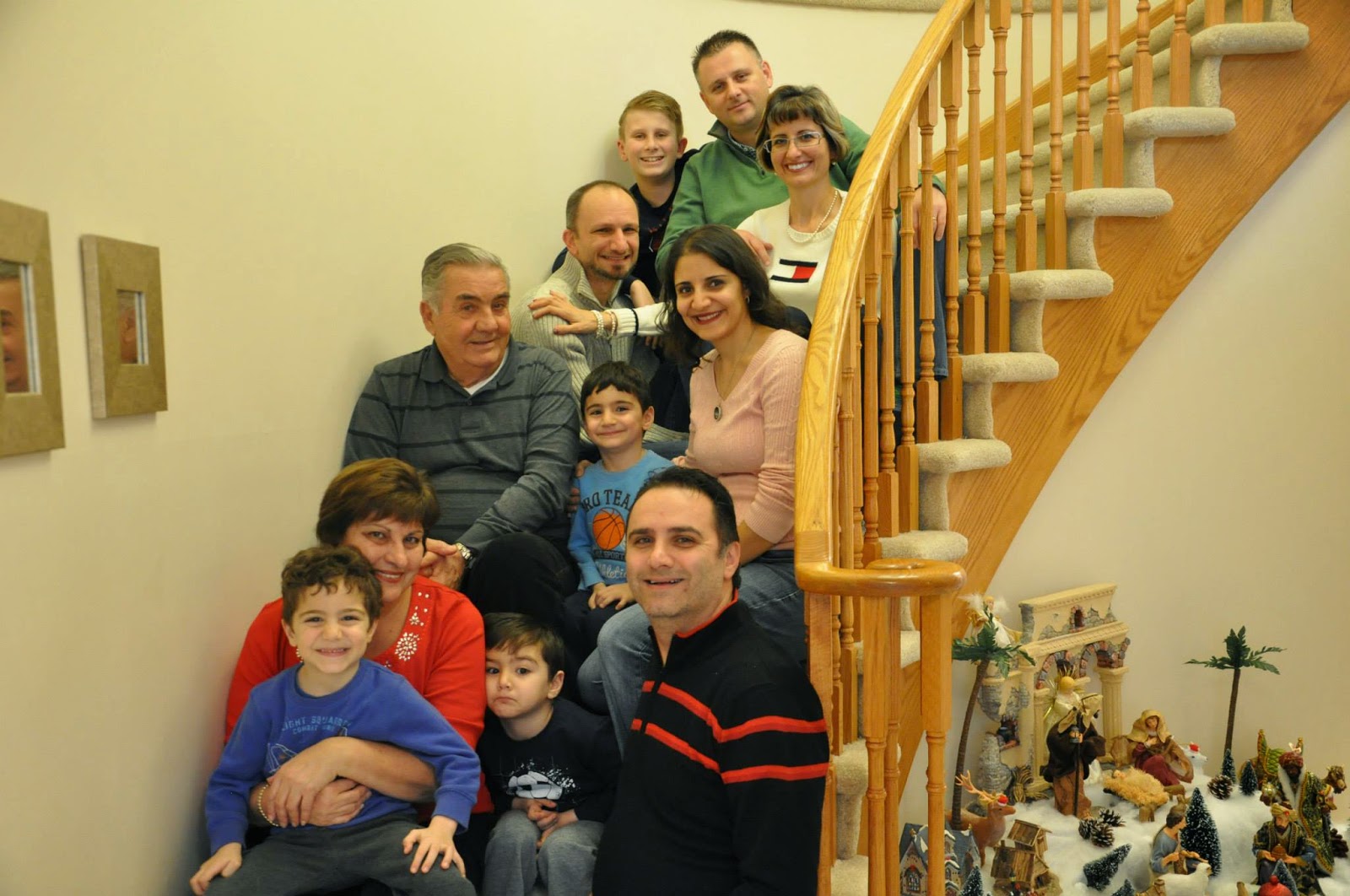 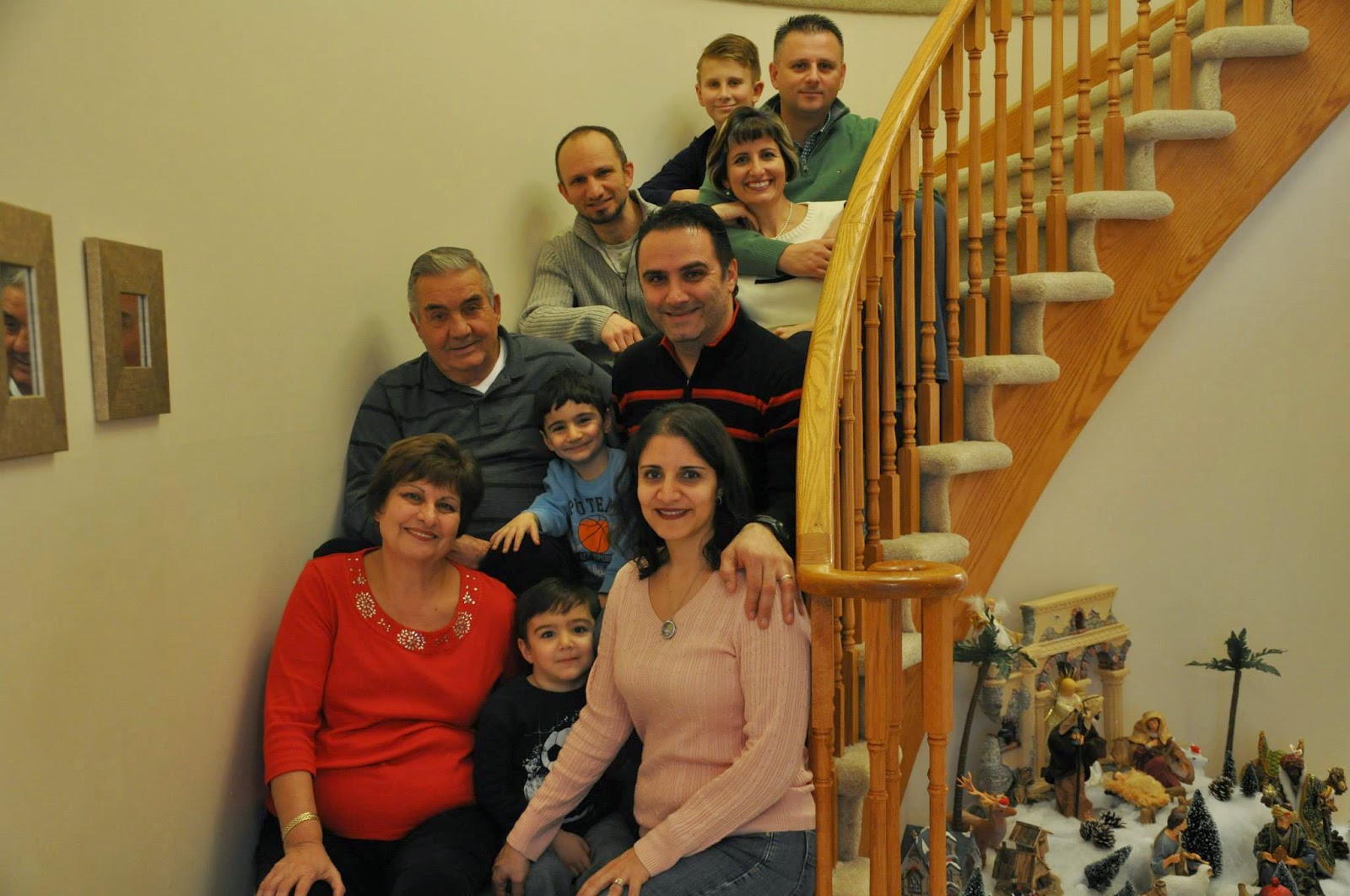 The boys took a bath in grandma's bathtub (which they love) & afterwards J combed G's hair. As he was combing it he said "Gaby you have really curly hair."


New Years was very calm (especially compared to Christmas) but we were all okay with that. Mike's parents spent the night and we all toasted at midnight. The champagne we had on hand wasn't very good so we drank more of the sparkling grape juice the boys had :)

And just like that our Christmas break was over.